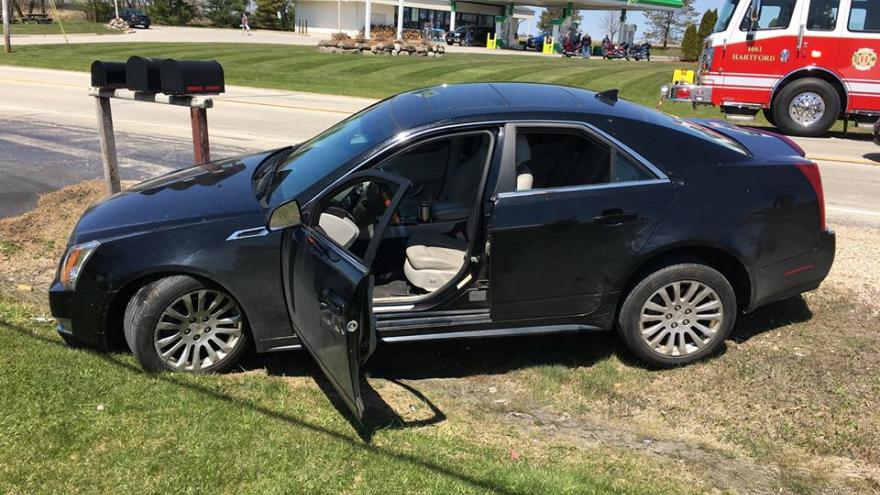 According to a police report, a Washington County deputy stopped a car driving in and out of a ditch and traveling down the middle of an interstate in the Town of Addison around 2 a.m. Saturday morning.

The female driver was completely naked with a male passenger slouched down in the passenger seat, holding a marijuana pipe.

The driver told the responding deputy that she had left her house to bring the passenger to his home in Juneau and “had not thought to put clothes on.” She said she was doing it for “the thrill of it.”

The 29-year-old woman was arrested for operating a motor vehicle while intoxicated and the passenger was cited for possession of marijuana and drug paraphernalia.

While this incident was being investigated, a citizen called 911 to report a vehicle that had struck several construction barrels.

The vehicle was stopped by a deputy on I-41 and a 28-year-old Fond du Lac man was arrested for 3rd offense operating while intoxicated as well as possession of fentanyl, possession of cocaine, and possession of drug paraphernalia.

Washington County deputies also arrested a 29-year-old Neosho man Sunday afternoon, for operating while intoxicated 2nd offense after he crashed his vehicle with his 7-year-old daughter in the car. The incident occurred on County Highway 0 near State Highway 83 in the Town of Erin. The man was also arrested for possession of fentanyl and drug paraphernalia. Authorities say there were no major injuries as a result of the crash.

“We want the community to know that our officers are out actively pursuing those that choose to endanger the lives of others by driving impaired,” Sheriff Martin Schulteis said. “These examples illustrate people showing an utter disregard for human life. We are thankful that no one was injured however the consequences could have been tragic. The Washington County Sheriff’s Office in partnership with observant citizens will continue to aggressively pursue justice on the roadways.” https://cbs58.com/news/washington-co-officials-make-3-weekend-owi-arrests-including-driver-who-was-completely-naked