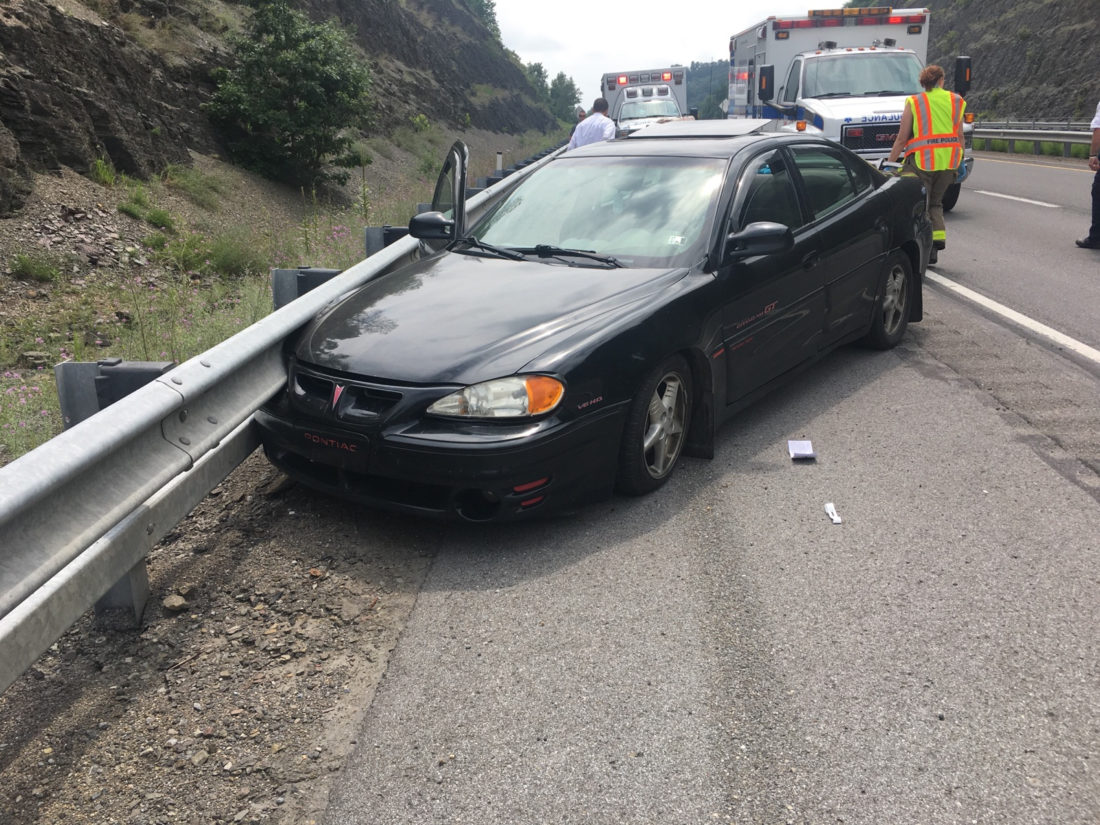 A Trout Run woman driving this car admitted that she “used two bags of heroin” minutes before she crashed into a guardrail in the 7500 block of Route 15 in Lycoming Township about noon Thursday, according to Old Lycoming Township Police Chief Joseph Hope. The woman’s juvenile son, riding in the vehicle, escaped injury, Hope said. The woman was taken to a local hospital and later released. Her name will be released when charges are filed, Hope said. About 10 minutes before this crash, another woman suffered a suspected heroin overdose as she crashed her Honda Element into a parked van on Boyd Street, city police said. She too was taken to the hospital and released. Charges are pending against her as well, police said.