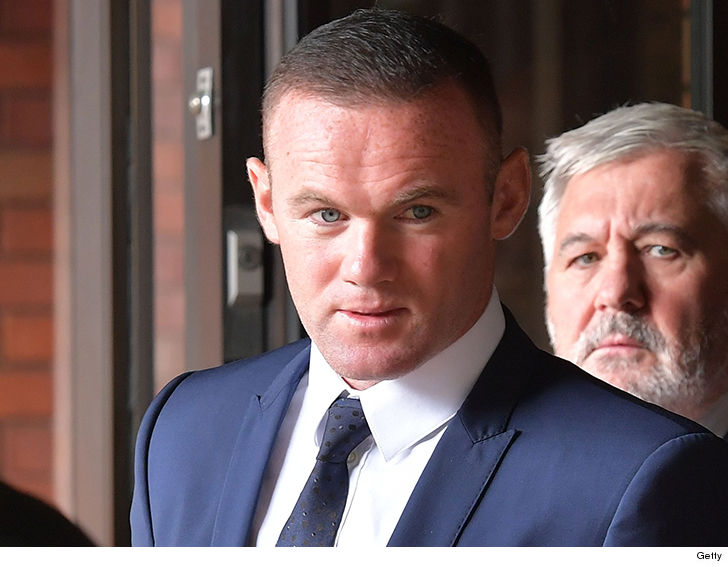 Soccer superstar Wayne Rooney has apologized for driving drunk during a Sept. 1 incident — after officials say he was more than THREE TIMES the legal limit.

As we previously reported, the English soccer legend was pulled over in Cheshire, England in the early morning on Sept. 1 while driving a VW Beetle with a female passenger.

The 31-year-old Everton striker appeared in court Monday morning and pled guilty to drunk driving, according to the BBC.

The judge told Rooney, “You placed yourself and other road users at risk as a result of your poor judgement that night.”

“I accept your remorse is genuine and that you are aware of the adverse affects the events of that night have had, not least on your family.”

Rooney was sentenced to a 2-year driving ban and has 12 months to complete 100 hours of community service.

After the hearing, Rooney issued a statement saying, “I want publicly to apologise for my unforgiveable lack of judgement in driving while over the legal limit. It was completely wrong.”

“I have already said sorry to my family, my manager and chairman and everyone at Everton FC.”

“Now I want to apologise to all the fans and everyone else who has followed and supported me throughout my career.”

“Of course I accept the sentence of the court and hope that I can make some amends through my community service.”