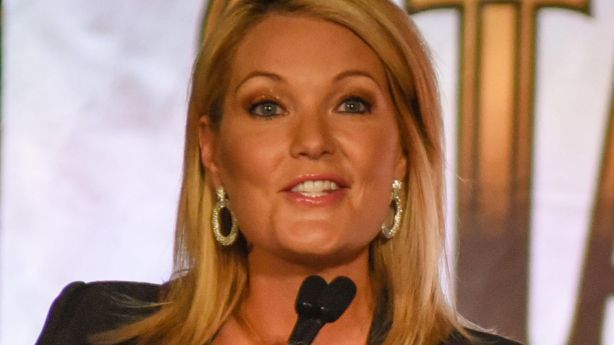 SALT LAKE CITY — Former KUTV news anchor Shauna Lake is appealing a sentence that includes five days in jail after she pleaded guilty to driving under the influence.

Lake, 49, filed a legal notice of appeal Tuesday in Salt Lake City Justice Court. The brief court document does not say why she is seeking a different sentence.

Judge Sydney Magid last week ordered the longtime newswoman to the brief jail stint, plus five days of home confinement and a year of probation.

The judge also imposed a $1,610 fine just after Lake pleaded guilty as charged to DUI, a class B misdemeanor. Court records reflect that Lake has completed a treatment program.

KUTV, a CBS affiliate, confirmed Lake’s departure from the station in May but gave no details about her time there coming to an end. Her attorney Scott Williams did not immediately return messages seeking comment Thursday.

Lake was cited March 14 after police said she drove under the influence at the Salt Lake City International Airport. Court records indicate her blood alcohol level was 0.21.

Utah has the nation’s lowest DUI threshold of 0.05 after state lawmakers last year lowered the limit from the standard 0.08.

Prosecutors said an airport employee noticed Lake drive to the pickup area and struggle to maintain her balance as she got into the back seat. The employee stopped her from driving when police said she took the wheel again.

A Salt Lake police officer arrived and reported that Lake staggered as she walked, slurred when she spoke and had an odor of alcohol on her breath, court records say. She was released to someone else who drove her home.

Additional terms of Lake’s probation prohibit her from using drugs or alcohol unless prescribed by a doctor. They require her to attend a Mothers Against Drunk Driving victim impact panel and to have an ignition interlock device installed in her car.

The judge suspended a nearly six-month jail sentence, except for the five days each at home and in jail.

She required Lake to report to jail by Dec. 7 but later stayed the sentence, meaning it won’t go into effect while the appeal is pending.

Appeals of justice court rulings are heard by judges in Utah’s district courts. No hearing in district court had been scheduled as of Thursday.

Lake admitted to a similar charge in 2017. She made a tearful on-air apology to viewers after her arrest and pleaded guilty to a reduced charge of impaired driving, a class B misdemeanor, after being pulled over on I-215 near 1200 East by a Utah Highway Patrol trooper. A judge at the time said her blood alcohol level was 0.10. https://www.ksl.com/article/50000256/shauna-lake-appeals-dui-sentence-ordering-her-to-5-days-in-jail