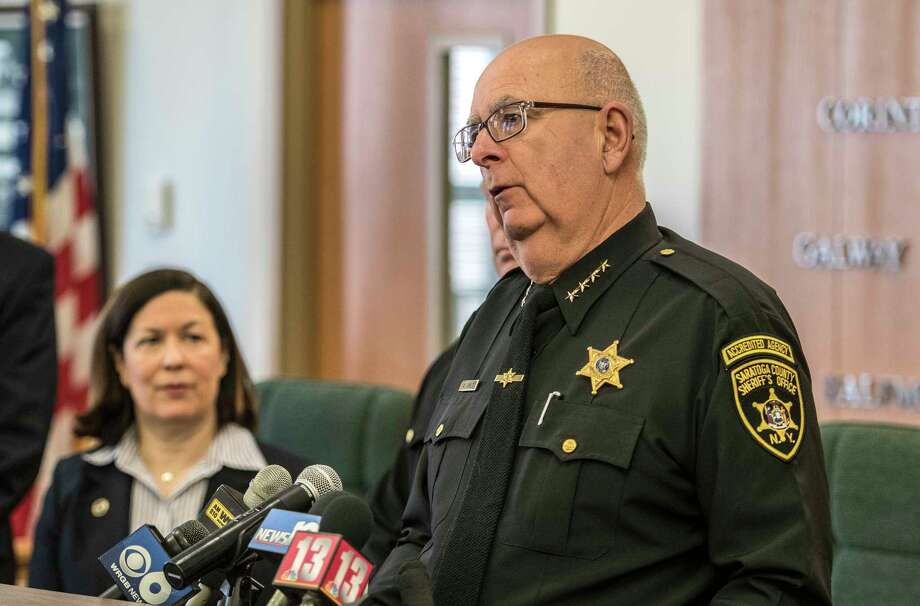 SARATOGA SPRINGS — Four Saratoga County sheriff’s deputies have been suspended as the department investigates their roles in a large bar fight last weekend in Saratoga Springs that had to be broken up by city police.

The melee took place at 3 a.m. Saturday at The Reserve night club on Caroline Street when the off-duty deputies became involved in a brawl that spilled outside. A person briefed on the case said the off-duty deputies had been partying for hours and had attended their PBA’s annual golf outing at the Fairways of Halfmoon that began on Friday morning.

A person briefed on the incident said the deputies, who appeared intoxicated, physically threatened and briefly tangled with uniformed officers from the Saratoga Springs police force.

The fight followed a day of drinking that began at the annual golf outing for the sheriff’s deputies PBA at the golf course in Halfmoon. Some of the deputies left that event and went to The Mill, a bar in Round Lake, and later to Saratoga Springs.

Sheriff Michael Zurlo confirmed Tuesday afternoon that he had suspended the four deputies without pay pending the outcome of an internal investigation.

“There’s no indication of any criminal activity,” the sheriff said.

Saratoga Springs police Chief Greg Veitch on Monday said that he had not reviewed video footage of his officers’ body-worn cameras, but he denied that they used force or were assaulted.

“Our officers were not involved in any sort of physical altercation with anyone, either patrons or the bouncers,” Veitch said. “The officers that were assigned to Caroline Street were flagged down by employees of The Reserve. As they approached the bar they saw the altercation spill onto the street. … They escorted the individuals out of the area.

Veitch confirmed that off-duty deputies were involved, but he said no one wanted to file a criminal complaint.

A person who attended the golf outing the prior day at Fairways of Halfmoon said some of the participants in that event drove a golf cart off a trail and into the woods.

Bruce Tanski, owner of the Fairways of Halfmoon, said his superintendent reported that no carts were damaged.

“In the past when carts have been damaged the police union would pay for the damage,” Tanski said.

Veitch declined to immediately release police records on the incident.

“Whenever something like this happens I always do an internal investigation about how we handled it,” he said. “That is going to delay us releasing anything.”