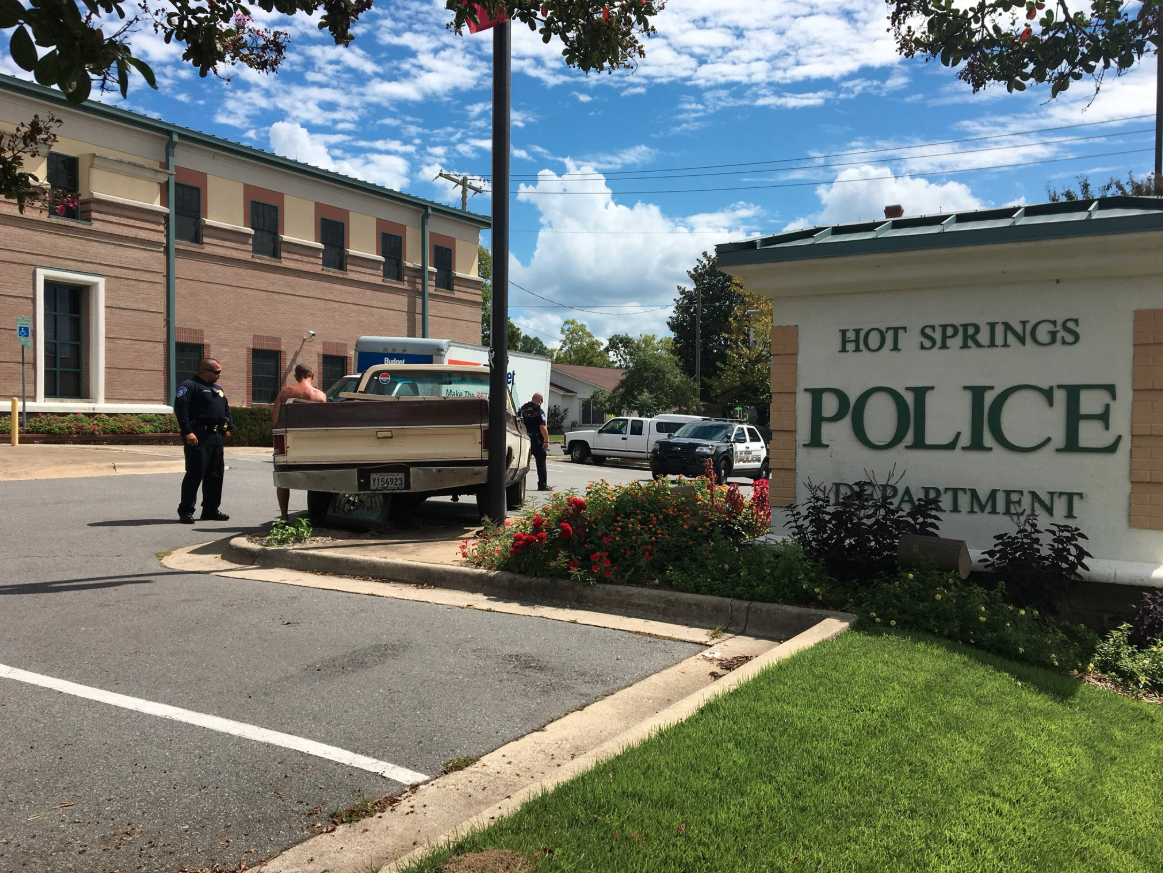 The Hot Springs Police Department posted this photo on Twitter on Friday.

A man suspected of driving while intoxicated was arrested after crashing his pickup at police headquarters in Hot Springs, authorities said.

The Hot Springs Police Department said on Twitter that an “intoxicated driver” drove into the station parking lot and then crashed into the agency’s flagpole and lights..

“We can’t make this stuff up,” the agency added.

“Thank God he didn’t hit anybody,” Williams said. “Better the flagpole and light than if he hit an innocent person driving around like that.”

Damage to the lighting system was estimated at $1,500, Williams said, and the flagpole would cost about $3,500 if it needs to be replaced.

Williams said Smith faces charges of DWI, careless driving, driving on a suspended license, driving without proof of insurance and failure to wear a seat belt. 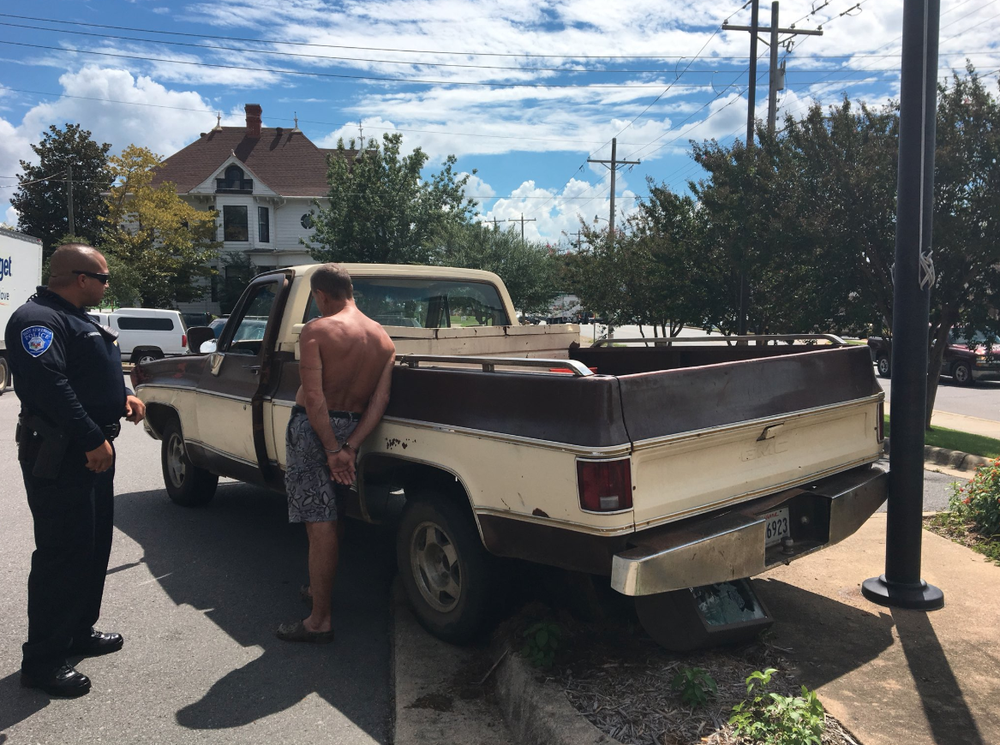