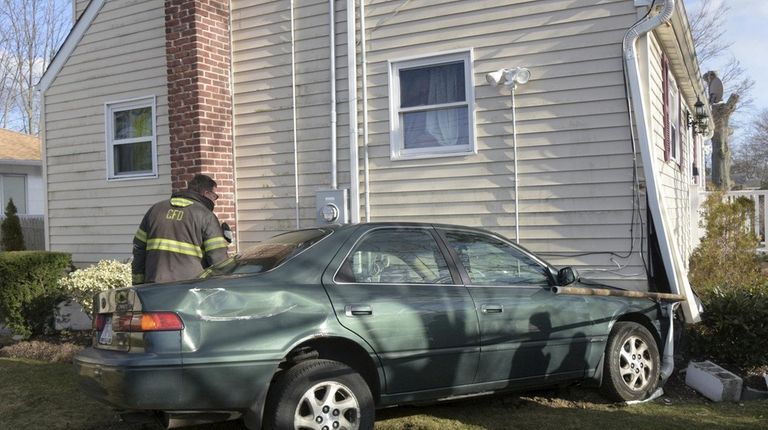 The driver of a 1999 Toyota Camry crashed his car into a house on Verazzano Avenue in Copiague Thursday evening and was arrested, police said.

A Selden man was impaired by drugs when he crashed his car into a house Thursday evening in Copiague, police said.

Taylor Lynne, 36, was arrested and charged with driving while ability impaired by drugs and criminal possession of a controlled substance, Suffolk County police said Friday morning.

Lynne was driving a 1999 Toyota Camry at 5:15 p.m. on Verrazano Avenue, near Dixon Avenue, when he lost control of the car and crashed into a home in the 200 block of Verrazano, police said.

Lynne was taken to Good Samaritan Hospital Medical Center in West Islip to be treated for non-life-threatening injuries, police said. It was unclear when he would be arraigned.