“It is fair to say that the definition of criminal has not changed, but where on the spectrum of criminality we operate has changed,” Kelly said on NBC’s “Meet the Press.”

Pressed to elaborate on who wouldn’t have faced deportation before but would now, Kelly said, “someone, as an example, with multiple DUIs.”

“Even a single DUI, depending on other aspects, would get you into the system,” he said.

Kelly said it’s the law of the land, not the discretion of immigration agents, that carry out deportations.

He also said President Trump’s tough talk on security at the border has “absolutely” caused a drop in the number of immigrants trying to enter the United States.

“The attention being paid to the border certainly has injected into those people – and the vast majority of them are good people from Central America – but it’s injected enough confusion in their minds, I think,” Kelly said.

“They’re just waiting to see what actually does happen,” he added.

Kelly also credited Attorney General Jeff Sessions’ visit to the US-Mexican border in Arizona last week where he announced a series of strict regulations to stop illegal immigration, including ordering federal prosecutors to pursue charges against immigrants who commit crimes.

Sessions said the “lawlessness, the abdication of duty to enforce our laws, and the catch-and-release policies of the past are over,” he said. He said Trump’s presidency has reduced illegal border crossings substantially.

From January to February, crossings fell by 40 percent and in March showed a 72 percent drop from the month before, the lowest figure in 17 years, Sessions said.​ 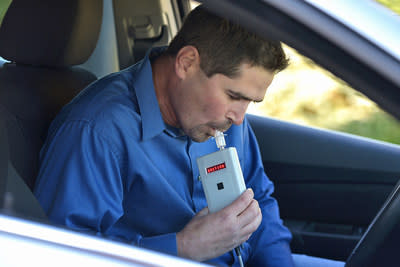 Intoxalock calls for strengthening DUI enforcement efforts after gubernatorial signing of Senate File 444 PR NewswireApril 18, 2017DES MOINES, Iowa, April 18, 2017 /PRNewswire/ — Governor Branstad recently signed into law Senate File 444 allowing repeat impaired-driving offenders to participate in a 24/7 Sobriety Program. Intoxalock, a leader in alcohol monitoring and DUI prevention methods, supports this law and strongly encourages additional legislative action to further strengthen Iowa’s DUI statute.View photosIn the Iowa Statewide Impaired Driving Plan, the Governor’s Task Force recommended additional monitoring of DUI offenders that use an interlock device, or in-car breathalyzer.More”While the new law is a good first step, we urge the legislature to implement additional measures to improve traffic safety,” said Kimberly Williams, CEO of Intoxalock.  “We agree with the findings of The Governor’s Task Force, which recommended additional, more effective methods to prevent impaired driving.”In the Iowa Statewide Impaired Driving Plan, the Governor’s Task Force recommended additional monitoring of DUI offenders that use an interlock device, or in-car breathalyzer. Specifically, repeated attempts to drive while under the influence would result in an extension of the required time that a driver must continue using an interlock device. The monitoring of failed attempts to start a car and then extending interlock device installation time periods are considered best practices that are used in many states. “Iowa is clearly moving in the right direction,” said Williams. “Implementing the additional recommendations of the Governor’s Task Force would place Iowa among those states with best-in-class DUI safety legislation.””Implementing strong DUI laws is only one part of the equation to keep roads safe,” Williams explained, “Our law enforcement agencies need the resources to implement those laws. Even within Iowa, the differences between DUI enforcement by county is alarming. For example, after adjusting for population, Dallas County makes 45 percent fewer OWI arrests than Polk County. As in other states, we encourage the Iowa legislature to increase the funding to implement stronger DUI enforcement efforts and thereby improve the safety of all drivers.”Currently, the recent analysis of Iowa Judicial Branch data, conducted by the Des Moines Register, shows nearly 20 percent of Iowa DUI offenders, more than 23,400, were charged more than once with intoxicated driving during a12-year period. The Register’s analysis also found that Iowa’s sentencing laws for drivers repeatedly caught driving under the influence are more lenient than in many other states.About IntoxalockHeadquartered in Des Moines, Iowa, Intoxalock (http://www.Intoxalock.com) developed its state-of-the-art ignition interlock device in conjunction with researchers from Iowa State University. Recently celebrating their 23rd anniversary in the alcohol monitoring business, Intoxalock currently services clients that are legally required to install an IID or home alcohol-monitoring unit in 39 states across the nation, in addition to voluntary clients in all other states. In the last 10 years, the ignition interlock industry has grown three-fold and is expected to continue as drunk driving legislation strengthens.To access additional Intoxalock news releases, photography, infographics and other resources, please visit our Media Room at https://www.intoxalock.com/media.

This is what you call a vested interest.

When you search, you often get strange results.

Why does it flash by so quickly. Too fast if it is early in the AM. I knew the word today and how to pronounce it. But if I did not, the word was not spoken and I may have not been able to learn the pronuciation. Also it was the same word on 4/1 and 4/3. April fools?

New U.S. Census Category Proposed For People Of Middle Eastern, North African DescentListen· 4:034:03QueueDownloadEmbedTranscriptFacebookTwitterGoogle+EmailOctober 25, 20164:23 PM ETHeard on All Things Considered KAT CHOWTwitterThe U.S. Census Bureau may add a new category to its 2020 form for people of Middle Eastern or North African descent. The category — called “MENA” for short — encompasses a broad range of identities.ROBERT SIEGEL, HOST:The U.S. Census is poised to add a new ethnic category to its 2020 survey. And it’s a big one. It’s for people of Middle Eastern or North African descent. In the past, if your family roots were in Egypt, say, or Iran, it wasn’t clear which box you checked. As Kat Chow of NPR’s Code Switch team reports, the census is heeding the calls of thousands of Americans who want to check a box that describes them.

I have been checking other for most of my life. I have never found a form that had a box for ‘Swedish’.