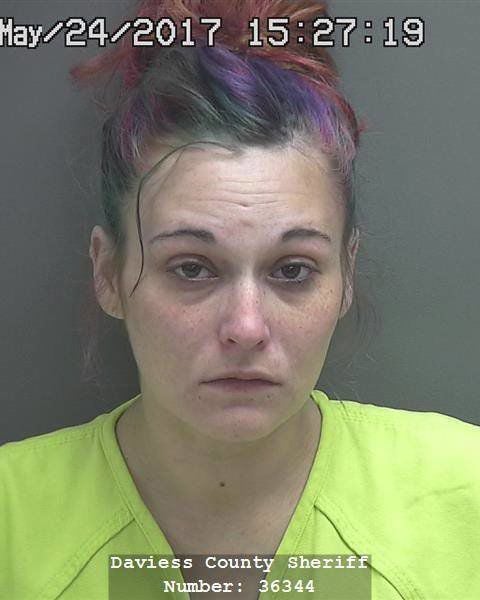 What began as a simple traffic stop early Wednesday morning in Washington wound up sending three people to jail on drug charges and the confiscation of a stash of heroin. Daviess County Sheriff’s Deputy Tyler Ramsey was on patrol Wednesday around 2 a.m when he pulled in behind a vehicle headed south on SR 57. When the car turned off SR 57, the deputy stopped the vehicle for failure to signal a turn.

Ramsey said he got all three occupants out of the car and that during questioning, the driver appeared to be nervous. Ramsey said he got his K-9, Storm, to walk around the vehicle and the dog indicated that there were drugs present. During a search of the vehicle, officers located some digital scales. A search of a female passenger turned up heroin, a syringe and other items of paraphernalia.

The driver of the car, Kenneth W. Taylor, 46, of Washington, was arrested for operating a motor vehicle while under the influence of a controlled substance, operating a vehicle while intoxicated involving endangerment, conspiracy to commit dealing in a narcotic and maintaining a common nuisance.

“This was a surprise,” said Ramsey. “I really wasn’t expecting to find that. I guess you never know what in the world we will run into any more.”

Daviess County Sheriff Jerry Harbstreit had praise for the deputy and the community for their support in adding the K-9 officers. “We aren’t overwhelmed by heroin now, but we don’t want to be,” said Harbstreit. “This shows the importance of having an alert deputy and a K-9 available to stop the movement of drugs through our community.”

Authorities report 4.6 grams of heroin were confiscated during the stop. “That’s a large amount of heroin for our area,” said Daviess County Chief Deputy Gary Allison. A local man with a long criminal history was cited for felony DUI on Sunday after leaving Aspen Valley Hospital’s emergency room under the influence of narcotics, according to a police report.A nurse warned Benjamin Levy, 30, not to drive because of the medication he’d been given, but he apparently didn’t heed the advice, according to the report. So the nurse called a drunken-driving hotline and reported that Levy was driving a white Audi station wagon, the report states.An Aspen police officer spotted the vehicle pulling into the Local’s Corner gas station not long after and approached the driver’s side door. The officer noticed Levy wearing an AVH hospital bracelet and discovered that his license is suspended for failure to install an interlock device, the report states.”During my conversation with Levy, I could hear that his speech was slurred,” Officer Marcin Debski wrote in the report.Levy refused to perform roadside sobriety tests and had a breath-alcohol content of 0.0, according to the report.Debski called the AVH nurse, who explained that Levy “was under the influence of narcotics and should not be operating a motor vehicle,” the report states.Levy also refused to provide a sample of his blood for testing.Levy, who has three previous DUI convictions, was charged with felony DUI because it is his fourth, according to the report. He also was charged with driving with a suspended license, and had failure-to-appear warrants from Garfield County Court and Arapahoe County Court and another misdemeanor failure-to-appear warrant from the Denver Marshall’s Office.Levy has been arrested repeatedly since 2013, when he fired a gun inside his Woody Creek apartment and the bullet entered his neighbor’s apartment. No one was injured in that incident, though Levy also was charged with DUI later that same day.His latest arrest before Sunday occurred in August, when he was found unconscious next to a hypodermic needle he later admitted contained heroin. 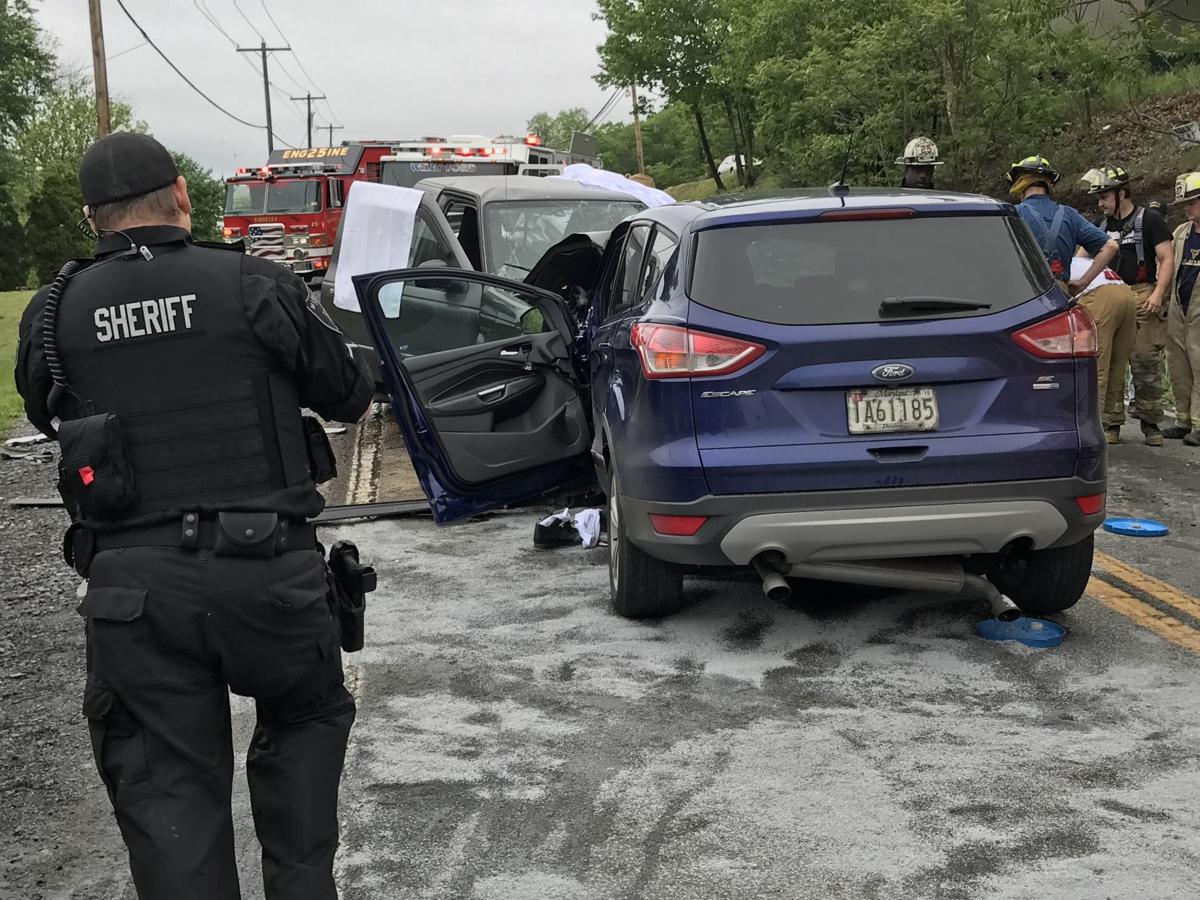 WILEY FORD, W.Va. — An Oakland man was charged with driving under the influence following a Friday head-on crash on state Route 28 that claimed the life of a Hampshire County, West Virginia, man, authorities said.

The Mineral County Sheriff’s Office reported 58-year-old Troya Smith of Shanks was pronounced dead at the scene of the accident that occurred just before noon.

A warrant was signed Tuesday morning by Mineral County Magistrate Patrick A. Amoroso charging Tyler A. Sweitzer, 24, of Oakland with driving under the influence causing death. Sweitzer was listed in good condition Tuesday at Ruby Memorial Hospital in Morgantown, a hospital spokeswoman said.

Preliminary investigation by the sheriff’s office indicated Sweitzer was operating a 2015 Ford Escape northbound on Route 28 near Press Little Market when, for unknown reasons, the vehicle crossed into the southbound lane directly into the path of a 2004 Ford Ranger operated by Smith and pulling a trailer.

Witnesses told police Smith had no time to react when the Sweitzer vehicle traveled into his lane.

Deputies said the investigation also revealed possible use of a controlled dangerous substance by Sweitzer and speed was cited as a factor.

Upon conviction, the felony charge of driving under the influence causing death carries a maximum sentence of prison of three to 15 years and a fine of $1,000 to $3,000, according to the magistrate’s office.

According to Maryland electronic court records, Sweitzer was issued at least three speeding citations in Garrett County in the past two years.

Sweitzer was cited by the Garrett County Sheriff’s Office on Feb. 5, 2016, for driving a vehicle in excess of reasonable and prudent speed on Pysell Crosscut Road. He was found guilty of that charge on March 18, court records indicated.

State police also charged Sweitzer with speeding on Interstate 68 at the 24-mile marker on Aug. 26, 2015. 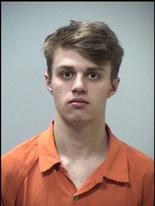 KALAMAZOO, MI — An 18-year-old Augusta man will stand trial for a crash that killed his friend.

Jacob Lyons was scheduled for a preliminary examination Wednesday on evidence against him in Kalamazoo County District Court.

Lyons waived the exam and instead will stand trial in Kalamazoo County Circuit Court.

Lyons is accused of driving under the influence of marijuana, causing a crash that killed Conner Blinn, 17, of Kalamazoo.

Early Monday morning police found a vehicle stopped at the intersection of Hayway Road and Carriage Shop Rd for an extended period. Upon further investigation, the officer found the male operator passed out and slumped over the passenger seat. Field Sobriety Tests were administered after the officer woke up the operator. The tests indicated that the operator was impaired by narcotics and he was placed under arrest. The Falmouth Police log transcript identifies the suspect as Mitchell J. DeVincent, 25, of Hanover, MA. He was charged with operating under the influence of drugs, operating negligently to endanger, possession of a Class A substance, and possession of a Class B substance. Bail was set at $1040.00.

Source: Man found passed out behind wheel charged with OUI drugs in Falmouth

My son received a ticket for DUI while walking through Walmart in Thorton, CO. He was not around his car and did not have the keys. The tire center had his vehicle. He does not drink, but he was on medication for a severe back surgery he had had.

On Nov. 8 voters in California, Maine, Massachusetts and Nevada approved ballot measures to legalize recreational cannabis. It is now legal in a total of eight states. And this creates potential problems for road safety. How do we determine who’s impaired and who’s not?

The effects of alcohol vary based on a person’s size and weight, metabolism rate, related food intake and the type and amount of beverage consumed. Even so, alcohol consumption produces fairly straightforward results: The more you drink, the worse you drive. Factors like body size and drinking experience can shift the correlation slightly, but the relationship is still pretty linear, enough to be able to confidently develop a blood alcohol content scale for legally determining drunk driving. Not so with marijuana.

Source: What Police Are Doing About Stoned Drivers

A Whitesboro bus driver was arrested on Saturday after driving a bus full of kids while impaired by prescription drugs, according to New York State Police.Troopers and DeWitt police pulled over 46-year-old Michele L. Daly on Route 481 north, just before exit 11 after the kids on the bus called 911 for help. Several students reported that the bus driver was driving erratically.After speaking with Daly, troopers found that she was driving under the influence of prescription medication. She was taken into custody and now faces three counts of aggravated DWI-Drugs, fourteen counts of endangering the welfare of a child, and a traffic violation. Daly was arraigned in the Village of East Syracuse Court and released to family until her next court appearance on May 5th.Troopers say there were 25 kids on the bus between the ages of 14 to 18-years-old and two coaches. They had left Whitesboro and were headed to Fulton High School for a lacrosse game. According to the school’s website, it was the boy’s team playing against Fulton.Trooper Jack Keller says the team was still able to make it to their game on Saturday. There were two buses driving to the game, so the second bus picked up the coaches and students on the side of the roadway and safely brought them to the game.