A man trying to flee police got struck by his own car after he failed to put it in park before getting out and trying to run away from officers, police in Fairfax County, Virginia, say.

Officers tried to stop the car for a window tint violation early Sunday morning, but the driver sped away. Then, he stopped to get out of the car to try to escape on foot in the 2600 block of Arlington Drive, police said.

Police dashcam video shows the car starts moving again as the man gets out, and he briefly runs beside the car before apparently stumbling into it and disappearing over the hood.

He got up and continued running, but officers caught up to him and arrested him, Telemundo’s Alberto Pimienta reported.

The suspect is OK, but he is charged with driving while intoxicated — his third such offense — and a long list of other charges, including driving on a revoked license, possession of marijuana, hit-and-run and possession of an open container while operating a motor vehicle.

After the incident, the man was served with warrants from another jurisdiction.

A Florida woman who allegedly purchased more wine after crashing her vehicle in a Publix parking lot in Cape Coral over the weekend was arrested on suspicion of drunken driving, police said.

Lisa Lehman is seen in a photo obtained by WFTX and distributed by the CNN Wire.

According to Cape Coral police, a customer came out of the Publix on Cape Coral Parkway to find her parked vehicle damaged around 8 a.m. Sunday.

As the victim talked to police at the scene, Lehman arrived, placed a brown bag in her car, and identified herself as the driver of the car. She admitted that she had hit and damaged the victim’s car, police said. Officers noted that Lehman was having balance issues and smelled of alcohol.

First responders checked Lehman and found no medical issues. Officers then conducted a DUI investigation, during which she failed several sobriety tests, according to a police report.

Lehman was arrested and booked into the Lee County Jail.

A New Jersey man who got drunk in West Virginia and mistakenly ordered a $1,635 Uber ride to his home state will be reimbursed by a food delivery company.

Jamie Giovinazzo, founder of Eat Clean Bro in Freehold, New Jersey, says his company will pay the fare to thank Kenny Bachman for choosing not to drive while drunk. Giovinazzo says Bachman’s decision helped keep the roadway safe for other motorists.

Bachman intended to get a ride to the house where he was staying near West Virginia University. He fell asleep in the car and awoke two hours into the 300-mile journey to his home in Gloucester County.

Bachman had requested donations via GoFundMe to pay the fare. That money will instead go to Mothers Against Drunk Driving.

Manchester police arrested Yetishefsky on March 31, 2016, on a DUI charge. In court on Aug. 15, Superior Court Judge Laura Baldini asked Yetishefsky, under oath, whether she had participated in the state’s alcohol education program, or any similar program, and if she had ever been convicted of operating under the influence of drugs or alcohol.

Yetishefsky answered “no” to both questions, state investigator Anthony Duarte wrote in a warrant application.

Yetishefsky had a previous arrest in California and two previous arrests in Oregon for allegedly operating under the influence, Duarte wrote. She was placed into a diversionary program for the first offense in Oregon and jailed for seven days and fined $1,793 for the second, he wrote. 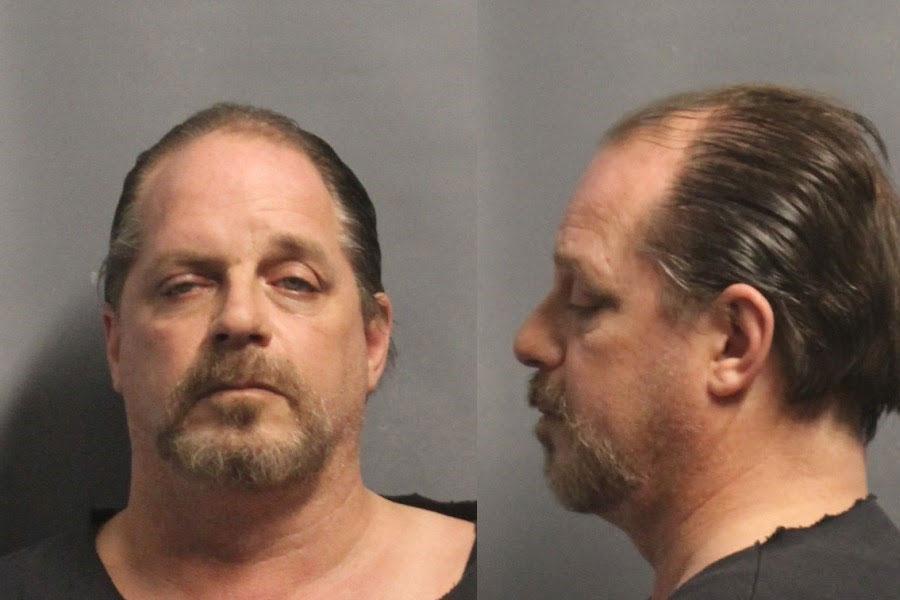 An Uber driver was arrested on Monday for nearly running into a Dunkin Donuts shop after crashing over the curb, Arlington police said.

Denys N. Corso, 49, was charged with operating under the influence of drugs, operating to endanger, and negligent operation of a motor vehicle, police said.

Arlington Police Chief Frederick Ryan said he was standing outside the shop talking to a resident when Corso drove into the parking lot in a blue Ford Explorer. He drove over the curb and flower bed, nearly hitting the building, police said.

Police said it was clear that Corso was impaired. He was arrested after failing field sobriety tests. Officers determined that Corso may have used opioids before driving, and several unknown pills were found in his car, police said.

“This was a dangerous situation, where an individual allegedly under the influence of drugs drove recklessly through a busy parking lot and nearly struck a building,” Ryan said in a statement. “What matters most is that no innocent people were hurt.”

Police in California pulled over a man for suspected DUI, but he wasn’t driving a car — he was riding a horse.

The California Highway Patrol says the suspect was spotted in the greater Long Beach area atop a white horse named Guera on the 91 freeway.

“No joke,” the CHP tweeted with photos of the bizarre incident they say took place over the weekend. “We get a chuckle out of the interesting situations we encounter from time to time, but one thing the CHP does not do is ‘horse’ around with DUI.”

Police identified the suspect as 29-year-old Luis Perez of Placentia. Cops say Perez’s blood alcohol level was measured at twice the legal limit for operating a vehicle in California, according to CBS LA.

Perez was jailed, while the horse, which was unharmed in the incident, was placed in the care of Perez’s mother, according to CHP social media posts.

Department officials poked fun at the unlikely arrest, while also leaving followers with a firm message about the consequences of driving while intoxicated.

“No, you may not ride your horse on the freeway, and certainly not while intoxicated,” they wrote. “Don’t put yourself, your beautiful animal, or others in danger of being killed in traffic.”

The airboat that crashed last year in the Everglades, killing recent University of Miami graduate Elizabeth Goldenberg. Prosecutors this week decided they could not criminally charge the craft’s skipper. Miami-Dade State Attorney’s Office
A veteran airboat captain had a high level of marijuana in his blood when his boat flipped in the Everglades, hurling tourists into the swamp and drowning a recent University of Miami graduate pinned under the craft.

But nearly a year after the crash, prosecutors this week ruled out charging Steve George Gagne with any crime, including boating under the influence.

The reason: Witnesses said Gagne showed no signs of being high before the crash that killed 22-year-old Elizabeth Goldenberg, according to a newly released report by the Miami-Dade State Attorney’s Office. But the concentration of THC, the active compound in marijuana, in his blood was nearly triple what would have gotten him arrested in states where marijuana use is legal such as Colorado or Washington.

Florida has no such law and the case underscores the unsettled standards surrounding use of marijuana. Even as more states legalize marijuana for recreational or medical use, there is no consensus — in the law, science or medicine — on how best to measure whether someone is stoned while behind the wheel of a boat or a car.

ANDERSON — Former Pendleton physician Eric Jones, who faces an allegation of parole violation, said during a court hearing Wednesday that he doesn’t have the money to hire an attorney.

The state limit for blood alcohol content is 0.08 percent.

Jones is serving six years on probation after pleading guilty to charges of dealing in drugs, perjury and voyeurism.

The terms of his probation prohibited the use of alcohol and not to commit another criminal offense.

Jones is being detained at the Madison County Jail without bond.

“I’m confused right now,” Jones told Criminal Magistrate Steve Clase. “I thought a hearing was going to happen today. I assumed I would go before Judge Newman and my family and friends could speak on my behalf.”

Jones is scheduled to appear before Judge Newman at 10:30 a.m. next Wednesday on the probation violation.

When asked by Clase if he would hire an attorney, Jones said a week ago he had $130 to his name.

“I don’t have any money,” he said. “The only way to hire an attorney is if my parents will pay. I don’t think they will.”

Jones was sentenced in 2016 through a plea agreement to six years probation.

At the time of his sentencing the state dismissed 26 other charges.

His attorney, Bryan Williams, said at the time of sentencing it was the appropriate outcome for the case.

“It’s not likely that Dr. Jones will find himself back involved with the legal system,” he said.

At the plea hearing Jones admitted to providing controlled substances to patients when not medically necessary and for failing to keep proper records.

Jones admitted to recording sexual activity with two patients without their consent or knowledge, which led to the conviction on the voyeurism charges.

According to a court affidavit, the DEA found a video on a computer dated June 25, 2014, in which Jones is having sex with a patient in his office.

According to the affidavit, in a February 2014 text message recorded from one of the doctor’s cellphones, the same patient asks to pick up a prescription for the drug Adderall at the Pendleton office.

“I think you owe me an office visit,” Jones reportedly wrote in a text. “I guess … but we better get naked soon. Your envelope is at the front desk.”

A judge ordered Fetty Wap to pay a fine and attend safe driving programs after the rapper admitted to drag racing while drunk on a Brooklyn highway last year.

Maxwell, 26, was behind the wheel of his 2012 Mercedes Benz on the Gowanus Expressway by the Hamilton Ave. exit in Red Hook on Nov. 3 when he was busted for a host of offenses including reckless endangerment, illegal speed contest, drunken driving, aggravated unlicensed operation of a car and illegal lane changing.

Zaine Richards, 31, who was tailing Maxwell in another car, was also arrested.

A Jamestown woman was charged with driving under the influence of drugs when stopped in what turned out to be a stolen vehicle, police said.

Stephanie A. Gould, 33, was stopped near the intersection of Barrows and English streets at about 8:45 a.m. Saturday, according to Jamestown police. She was charged with driving while ability impaired by drugs, unlawful possession of marijuana, criminal possession of stolen property and driving with a suspended license.

A man in the car with Gould attempted to flee when the vehicle was pulled over, but was caught nearby, police said. The man, Samuel L. Critzer, 31, also of Jamestown, had three outstanding bench warrants, police said. Critzer was charged with those bench warrants as well as resisting arrest.