The criminal case against Heyd was dismissed a year ago, after the 22nd Judicial District Attorney’s Office discovered that Steinert fabricated information about Heyd’s field sobriety test.

On the police report, Steinert wrote that Heyd swayed, lost his balance and lost count during the test, but the video showed he did none of those things.

Steinert resigned from the Sheriff’s Office in the wake of an Internal Affairs investigation into the matter. According to the report on the investigation, he admitted cutting and pasting material from prior reports into his report on Heyd’s arrest.

The suit, filed Wednesday in U.S. District Court in New Orleans, says that Steinert fabricated “facts” to justify the initial traffic stop on Heyd and also to support the claim that he did poorly on the field sobriety test.

Heyd, who lives in Slidell, was illegally arrested in January 2016 and prosecuted through May 26, 2017, his last trial date, the suit says. His liberty was curtailed during that period because he had to take random drug tests and also was required to install an ignition interlock device on his car. Since he couldn’t afford that, the suit says, he was unable to drive.

The conditions of his bond forbade him from traveling out of state.

“This pretrial detention and curtailment of his liberty and personal freedom occurred as a result of the wrongful institution of legal process,” the suit says, calling it a violation of his right against illegal search and seizure and his right to due process.

His arrest and prosecution, without probable cause, were also malicious under state law, the suit says.

A spokesman for Smith, Capt. Scott Lee, said in an email late Friday that the sheriff had not yet been served with a copy of Heyd’s lawsuit and therefore could not comment on specific allegations in it.

However, he said, “Sheriff Smith would point out that the incident in question occurred under the prior administration of Jack Strain, and that Sheriff Smith has asked the Louisiana attorney general to investigate this matter regarding former deputy Steinert’s conduct.”

When questions first arose about Steinert’s actions, Smith said he did not believe that Steinert had broken the law.

“I’m convinced that this type of police activity has been going on for years,” said Gary Bizal, an attorney for Heyd. “It’s great that there are now video cameras that can catch these guys in their lies.”

But the camera in question belonged to Heyd’s friend. St. Tammany Sheriff’s Office deputies do not have body cameras or dashboard cameras.

Without the video, it would have been Heyd’s word against that of the deputy. And Heyd, a 30-year-old National Guard member, had a previous DWI on his record. 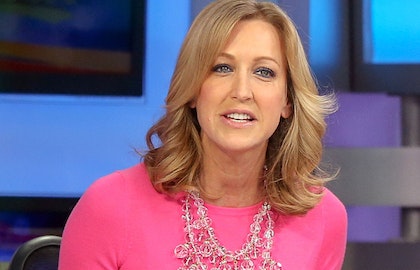 Among other things, Steinert’s report said that Heyd lost his balance from the starting position three times before beginning a walk-and-turn test and missed four steps in all, stepping off the line.

But the video shows him walking heel to toe, arms at his sides, without wobbling.

His case was not the only one where evidence surfaced that Steinert, a former parish “deputy of the year” who made 117 arrests from 2015 until his departure last year, had fabricated results on field sobriety tests. An arrest report that Steinert wrote about Darren McFarland was identical to Heyd’s in key passages.

McFarland was found guilty of DWI despite blowing 0.063 on the breathalyzer, below the level where intoxication is presumed. Steinert was the only witness for the prosecution.

Steinert, who was hired by the Red River Parish Sheriff’s Office after leaving St. Tammany, was fired from that job in March after the agency there learned about the circumstances of his departure from St. Tammany.

In case of St. Tammany deputy accused of lying on DWI, Louisiana AG asked to review

He was not criminally prosecuted for his alleged actions in St. Tammany, but following news coverage of the matter, Smith asked state Attorney General Jeff Landry’s office to review the case.