SINGAPORE: A 28-year-old Malaysian woman believed to be on drugs was arrested last week at Woodlands Checkpoints for not complying with the instructions of officers.

The woman, who was driving a Malaysia-registered car, was stopped by a traffic police auxiliary police officer at about 8.35pm on April 3, the Immigration and checkpoints Authority (ICA) said in a statement on Wednesday.

The police officer had been regulating traffic towards Woodlands Checkpoint. The woman did not comply with the officer’s instruction and made an unauthorised right turn from Woodlands Centre Road towards the checkpoint during restricted hours.

She was directed to the traffic control post at Woodlands Crossing for her summon to be processed.

However, as she was driving towards the control post, she accelerated dangerously up the ramp towards the checkpoint, almost knocking into an ICA officer.

When her vehicle came to a stop at the checkpoint, the woman refused to alight from the car and instead locked herself inside, ICA said.

Checkpoint officers noticed that she seemed to be experiencing breathing difficulties after ingesting a white tablet.

Despite attempts to persuade her to unlock the car door, she refused to comply.

Officers had to break the front passenger window of the car to reach her and an ambulance was activated.

After it was assessed that she did not need to be taken to hospital, the woman was arrested for failure to comply with the instruction of authorised officers.

The Police K-9 unit conducted further checks on the woman and her car and uncovered one Erimin-5 wrapper on the centre console of her car.

Another Erimin-5 tablet was found inside her handbag.

Known also as Nimetazepam, the drug is a type of depressant taken orally in tablet form.

While it helps a person calm down and sleep, excessive use can lead to harmful effects such as loss of consciousness, distorted judgment and sight, as well as difficulty in speaking and moving.

Suspecting that she was driving under the influence of drugs, officers swabbed her hands and belongings, which yielded positive results for controlled drugs.

The woman was also in possession of a vape device, which was believed to also contain a controlled drug.

The woman and her car were handed over to the police and the Central Narcotics Bureau. Investigations are ongoing.

Hippocrates : Because of an excess of light pink gooey stuff in its pancreas

The top doctor for the Oregon Department of Corrections will not be charged with a crime following an arrest late last year for alleged driving under the influence of intoxicants.

Last week a Deschutes County judge approved an order dismissing charges against Bend resident Christopher Peter DiGiulio, who was pulled over Dec. 2 and arrested on suspicion of DUI.

“I think the DA’s office did the right thing,” Donahue said. “For Chris, this was huge … He feels vindicated.”

DiGiulio, the clinical director for the Department of Corrections, was still fined $650 for refusing a breath test for alcohol.

According to the arrest report, DiGiulio was pulled over in his white BMW on NE Third Street near Wilson Avenue in Bend because his tail light was out. He allegedly admitted to smoking marijuana earlier in the day to Deputy Aaron Myers of the Deschutes County Sheriff’s Office.

“This is a reminder that not everyone is guilty just because they were they were charged with a crime,” Donahue said.

‘Do you promise to tell the truth, the whole truth and nothing but the truth, except if your wife asks if she looks fat?’ 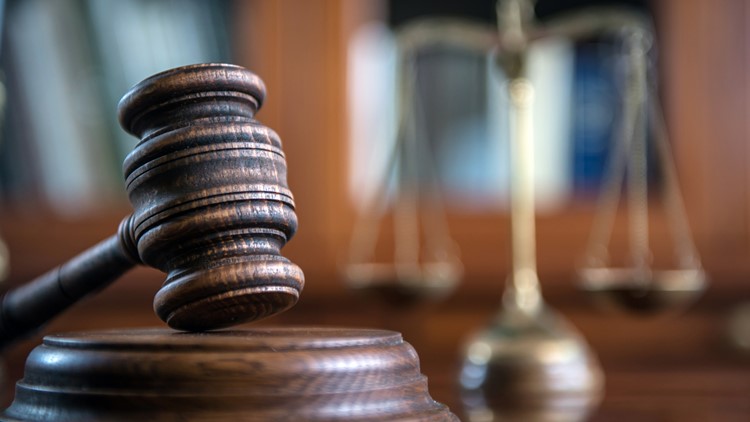 The driver pleaded guilty to two counts of homicide by vehicle in the first degree along with misdemeanor counts of driving while license suspended, no proof of insurance, and affixing of the plate to conceal or misrepresent identity.

SHARPSBURG, Ga. – A woman was sentenced to 15 years after pleading guilty to killing a college student in a car crash in February 2017.

On Monday, 45-year-old Casey Hunter pleaded guilty to two counts of homicide by vehicle in the first degree, along with misdemeanor counts of driving while license suspended, no proof of insurance, and affixing of the plate to conceal or misrepresent identity.

Hunter was charged with killing 21-year-old Noemy Islas, a Marietta High graduate who was studying to become a nurse.

On Feb. 3, 2017, Cobb District Attorney Vic Reynolds said in a statement Hunter was driving under the influence of multiple drugs including clonazepam, methadone, phenobarbital, haloperidol and hydroxyzine, prescription medication, and THC. At the time, her license was suspended.

“Ms. Taylor knew that her that her driver’s license had been suspended, and she knew that she shouldn’t have been driving with the amount of prescription medications that she was taking. She also knew that she was prone to seizures,” ADA Patricia Hull said in the release.

That night, her Ford Expedition veered into opposing lanes of traffic, colliding with the passenger side of Islas’ Honda Civic.

“She has taken the life of a 21-year-old student who was working two jobs and who spent all of her free time with her family,” Hull said. “This family will never be the same.”

After accepting the non-negotiated plea, Cobb Superior Court Judge Mary Staley Clark sentenced Hunter to 18 years, with 15 years to serve in custody and the remainder on probation.

Hunter is also banned from driving while on probation.

The Sphinx : You tell me.

The driver involved in a fatal crash in December on U.S. Highway 97 near Sunriver that killed a Bend man is facing multiple criminal charges.

Shannon Ray Rogers, 55, of Goldendale, Washington, was indicted in March on charges of first-degree manslaughter, driving under the influence of intoxicants, reckless driving, second-degree criminal mischief and nine counts of recklessly endangering another person.

The fatal crash occurred about 10:15 a.m. Dec. 6. Rogers was traveling from Fresno, California, in his 2006 Nissan Quest minivan when he rear-ended a white 1991 Toyota pickup, driven by Brian Jay Harris, 56, of Bend, according to the state police. Harris died at the scene.

Harris was heading north on Highway 97 when his pickup was struck from behind, sending him off the road and into a tree, according to the state police.

Rogers veered off the road and also slammed into a tree. He was injured and transported to St. Charles Bend.

According to court records, state police believe Rogers was under the influence of intoxicants and speeding when he rear-ended the pickup.

A search of Rogers’ minivan found a bottle of Smirnoff vodka in a brown paper bag, a “Top Shelf” marijuana tube with residue, a pink vape pen with a charger and a silver marijuana pipe with marijuana. The search found paper receipts and a black cell phone with black “Otter Box” case.

An Oregon State Police trooper on the scene noted “Rogers’ face appeared flushed, and his eyes appeared glassy and watery,” according to court records.

Another trooper visited Rogers at St. Charles Bend after the crash and said Rogers “smelled of an alcoholic beverage as he was being treated by hospital staff,” court records show.

A woman who witnessed the crash while traveling north on Highway 97 told investigators Rogers was driving at about 90 mph and passed her so fast, it scared her, according to court records.

The woman said she had to drive off the shoulder of the road so the minivan would not crash into her. She described the minivan as “all over the road,” and swerving as it passed her.

An initial hearing for Rogers in Deschutes County Circuit Court has not been scheduled.

DELAWARE — A Delaware police officer, charged last year with his second driving under the influence violation in just over 10 years, was sentenced Friday morning to a minor misdemeanor.

Jared T. Wood, 34, who was hired in 2013, pleaded guilty to one count of reckless operation and fined $100 and court costs by retired Greene County Judge J. Timothy Campbell.

Wood was stopped for swerving out of his lane on Sept. 21 in downtown Delaware, said attorney Brad Tammaro, special prosecutor in the case from the Ohio Attorney General’s office. A State Highway Patrol trooper smelled a strong odor of alcohol. Wood refused both breath and field sobriety tests.

In accepting the plea agreement, Campbell noted that Wood had completed a three-day alcohol assessment and treatment program. He also served two weekends in jail.

Wood’s first DUI was in July 2007, for which he was sentenced to one year of community control.

Had the second offense fallen within 10 years of his most-recent, he could have faced up to six months in jail.

Delaware Police Chief Bruce Pijanowski said he was disappointed in Wood, who has been on unpaid leave for six months.

“We take this seriously, Pijanowski said. “There will be discipline and it will rise to the level of what he did.”

Sisyphus : Was it pushing a rock, too?