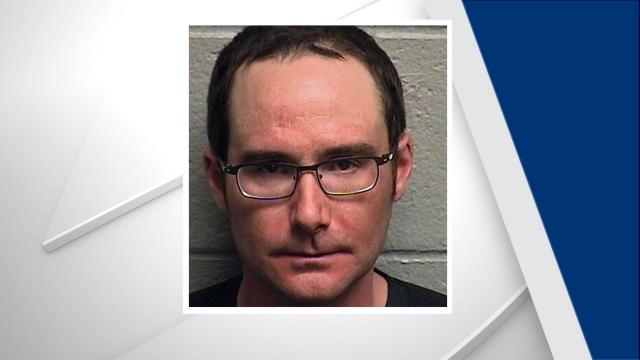 DURHAM, N.C. — A Durham deputy was charged with driving while impaired following a crash Monday afternoon.

The Durham County Sheriff’s Office said Deputy Ryan LaDuke, 34, backed into a parked tractor-trailer at the intersection of Geer Street and Midland Terrace at about 2 p.m.

Another Durham County sheriff’s deputy responded to the crash and determined LaDuke was driving while impaired.

Authorities said LaDuke was driving a Durham County Sheriff’s Office vehicle at the time of the crash.

LaDuke, who has been with the department since January 2012, has been placed on administrative leave without pay, pending the outcome of an internal investigation.

Margaret Thatcher : There was no alternative.

A report of a man wearing a skeleton mask Sunday night in Lower Macungie Township led police to another man who allegedly was driving under the influence and had drugs in his car, according to court records.

State police were dispatched at 11:18 p.m. to Watermill Drive and Jarrett Farm Road after residents saw someone in the area wearing a trench coat and a skeleton mask.

When troopers arrived, they saw the masked man walking with another man they knew as Bryan L. Rotenberger, 37, of Emmaus, records show. Police were aware that Rotenberger had his driver’s license suspended on a past drunken-driving arrest, so they stopped him when he started to drive away, police said.

Rotenberger had bloodshot and glassy eyes when he was stopped and police could smell marijuana in his car, records show. Police found drug paraphernalia in the car, along with methamphetamine and prescription pills, court records show.

He failed field-sobriety tests and told police he had smoked marijuana about two hours before he had been stopped, records show.

He was arraigned by District Judge Tom Creighton and sent to Lehigh County Jail under $30,000 bail.

KALAMAZOO, MI — Immigrations and Customs Enforcement performed 466,374 removals of people over a two-year period through Fiscal Year 2017, ending in early October, and removals of Polish citizens make up a small fraction.

Dr. Lukasz Niec, a physician at Bronson HealthCare, was arrested last week and placed in jail in Calhoun County. Family and friends fear he could face deportation to Poland, where he came to the U.S. from at the age of 5.

Removals by ICE of people with Polish citizenship accounted for 235 of the total number of ICE removals, or about .05 percent, according to ICE’s annual report covering fiscan years 2016 and 2017.

Through an executive order and accompanying memonderum issued in early 2017, President Donald Trump expanded ICE’s enforcement focus to include removable aliens who have been convicted of any criminal offense.

The policy change is reflected in the 2017 fiscal year statistics, covering Oct. 1, 2016 through Sept. 30, 2017, which show an increase in enforcement actions, ICE said.

ICE Enforcement and Removal operations arrested 105,736 criminal aliens in FY 2017, a 12 percent increase over FY 2016, the agency reported. An administrative arrest of a criminal alien is the arrest of an alien with a known criminal conviction.

An ICE spokesman said Neic is eligible for removal proceedings because of two convictions on his record from 1992.

Niec’s wife, U.S. citizen Rachelle Burkart-Niec, said she thinks his arrest is wrong because the two misdemeanor convictions happened decades ago, when her husband was 17.

Besides the two convictions, ICE said Niec most recently came under agency scrutiny because of 18 encounters with local law enforcement.

Kalamazoo County District Court records show Niec has 22 cases generated from 18 contacts with police. Violations include four violations for having no proof of vehicle insurance, seven speeding tickets, failure to change addresses on his license, causing an accident, careless driving, a seat belt violation, driving without due care, and parking near a fire hydrant.

Niec pleaded guilty to a 2008 operating impaired by liquor offense in Kalamazoo County. He completed probation, and the conviction was set aside, the plea withdrawn and the case dismissed, as part of a plea agreement.

He was charged with domestic violence in 2013 and a jury found him not guilty after a trial, records show. The ICE report shows driving under the influence was the top criminal charge category associated with removal proceedings in FY 2017.

Dangerous drugs, immigration, traffic offenses and assault are among the next most common categories, considering the combined total number of criminal charges and criminal convictions of people removed, according to the ICE report.

Niec, now jailed for a week, is awaiting a hearing before a judge, and his family is doing what it can to expedite it.

Susan E. Reed, managing attorney of the Michigan Immigrant Rights Center in Kalamazoo, said it has been taking several weeks to get a bond hearing in ICE cases.

“This is the longest wait for bond hearing I’ve seen,” she said on Monday.

The Detroit Immigration Court hears all bond cases and defendants appear via televideo from one of four facilities that house ICE inmates in Michigan, including the Calhoun County Jail, she said.

The MIRC has received questions about Niec’s case, Reed said, though it is not handling the case. She said the case shows how noncitizens can be vulnerable to deportation at any time.

“For the last several decades, Congress has stripped a lot of the discretion out of immigration enforcement,” she said.

“The underlying immigration law is incredibly harsh,” Reed said. “Noncitizens, regardless of education level and equitable factors in their lifes and families, can be very vulnerable.”

Under the Obama administration, ICE operated by rigid definitions of priorities, Reed said, and would take into consideration certain factors about a person while processing a case.  Under the Trump administration, that’s changed.

“Everyone is sort of on notice now,” she said, and there’s nothing built into the immigration system that says any offense was too long ago.

Niec, who was arrested Jan. 16, remained jailed Tuesday, Jan. 23, according to Calhoun County Jail staff. He was moved to an area where he was allowed access to television, according to his colleague at Bronson, Penny Rathburn.

Rathburn, who has been collecting letters from coleagues in support of Niec to be forwarded to an immigration judge, said she had about 60 letters by Tuesday morning.

A man charged Wednesday with driving under the influence and possession of methamphetamine by the Tennessee Highway Patrol after a traffic stop on Baileyton Road had a first appearance Friday in General Sessions Court.

Richard Lynn Greenwell, 37, of 1409 Daisy St., had a hearing date of Feb. 12 set. Greenwell was charged with DUI, felony possession of methamphetamine and possession of drug paraphernalia.

Greenwell was also cited for speeding after being pulled over while driving a Ford brush truck owned by Wolf Tree service, Trooper Vince Mullins said in a report.

Greenwell was speeding and allegedly crossed the road center line three times. He “was slow to pull over and appeared impaired by drugs,” the report said.

Also found in the truck was a torch-style lighter and a sunglasses case that held a glass pipe with white residue, a cut straw and “two implements to crush drugs,” the report said.

Is it a constitutional infringement to require me to do urine tests PRIOR to plea arraignment ie: innocent until proven guilty?

It is constitutional. It is a condition of your bond. Your other option is to stay in jail until your case is resolved.

I was charged with a dui, failure to report an accident and leaving an accident scene. I scraped a parked car. No bodily injuries. Previous DWAI about 10 years ago.

While jail is not mandatory, 10 days is. If the judge agrees, you would be eligible for in home detention.